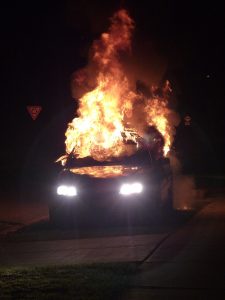 Late night car crashes will happen but increasing the available lighting can reduce the number of late-night car crashes. There are generally a variety of reasons for late-night car crashes. However, one of the most common reasons is human error. While driver mistakes are typically involved in many crash scenarios, there are numerous reasons that contribute to drivers making mistakes or poor decisions while driving late at night.

This poor visibility results in some drivers not being able to see opposing traffic and other road conditions. Thus, the lack of lighting has an impact on the number of car crashes that occur late at night.

In three case studies that were done specifically based on the idea of increasing late night lighting for drivers, the studies showed that late night and early morning crashes at the selected intersections were reduced by a weighted average of 35 percent when the lighting was increased. The crash reduction statistics utilized were based on before and after compiled data regarding the selected intersections over at least a six-year period.

Contact Us
Our Location
Get Map & Driving Directions
Helping clients in the following areas: